Braschs are open for business as usual!

We have additional precautions in place to ensure our customers and staff are safe;
we are providing sanitizer and have increased our cleaning regime.

The EU30is uses Honda's advanced four-stroke GX200 engine for a maximum power output of 3,000 watts AC, and rated output of 2,800 watts. Perfect for a range of domestic and commercial applications.

ECONOMIC AND RELIABLE
The EU30is also features an Eco-throttle which adjusts the engine speed to meet the load demand. This increases fuel economy whilst also reducing noise as the engine is not required to run at full capacity unnecessarily.

It features a microcomputer-controlled sinewave inverter that guarantees commercial-quality electricity – ideal for use with frequency-sensitive electrical equipment such as computers.


And just like all Honda generators, the EU30is starts first time, every time with convenient electric start and recoil start back-up.


INTRODUCTION
It also uses a high-speed multi-point alternator that is integrated into the engine itself. This Honda developed technology reduces the overall weight and size by 25% to 50% compared to similarly classed conventional models, making it very portable.

Honda's four-stroke engines eliminate the need to mix fuel and oil, which saves time and money. They also provide superior fuel efficiency and emit significantly less carbon and noise than most of their two-stroke counterparts. 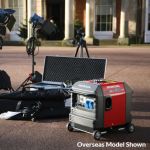 The EU30is is whisper-quiet, operating from 52dB(A)*/65dB(A), and at only 59kg, is one of the lightest generators in its class - environmentally friendly, the EU30is emits lower emissions & less noise, and uses less fuel than its competitors. 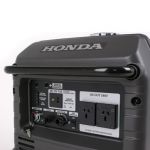 The generator is Parallel Connection capable - quickly and easily linked using a special parallel connection cable to double your output to 6Kva. With electric-starting 12 Amp/12 Volt DC and a maximum of 3000W/240 Volt AC, it can run appliances and charge batteries simultaneously and it will give you up to 20* hours of continuous operation on a full fuel tank. *With eco-throttle switched on at 1/4 output 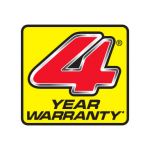 Powerful enough to be used in a wide range of home, recreational and professional uses, the EU30is comes standard with a 4-Year Domestic Warranty and 12-Month Commercial Warranty - when you're after reliable power, it's the best choice you can make.